Memoriam is a new death metal band from Birmingham, UK, which was formed in 2016 with the aim to fill the void that was left following the tragic death of Martin ‘Kiddie’ Kearns, the drummer from Bolt Thrower back in September 2015, which put the legendary band on indefinite stand-by. Memoriam features Karl Willets and Andy Whale from Bolth Thrower, joined by Frank Healy from Benediction and Scott Fairfax from Cerebral Fix.

Memoriam bandmembers  started playing together since early 2016. initially to perform covers of past death metal successes, but soon they started working in view of a proper album. Their debut disc, For The Fallen, will be released on March 24 through Nuclear Blast Records.

A couple of spectacular songs have been released by the band in anticipation of the next album. Check it out.

0 comments on “Great Expectations: For the Fallen, by Memoriam” 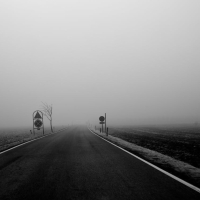