The months before the summer are usually very positive for what concerns the quality of the new albums, and this year shouldn’t make ne exception. Let’s see together which are the most anticipated LPs that are arriving on the shelves in the next few weeks.

The critically-acclaimed indie rock band from Leeds, in UK, is about to release their third LP, named Relaxer. Alt-J reached an incredible success with their 2012’s debut album, An Awesome Wave, a work which instantly projected the British rockers among the musical phenomena of the decade. Their following record, This Is All Yours, has been seen by many as a step back in their musical evolution, so now there is quite an expectation to see if the incredible inspiration they showed in the debut album was a unique case or they will confirm it in the future. The band shared a few songs from the forthcoming work.

Here in this blog we already introduced the upcoming album by the legendary English musician and composer. A few days ago Roger Waters shared a few additional songs from his new album, which somehow confirm the positive impression we had of the first single we discussed in occasion of the previous post. The sound and the style are evidently reminiscent of the glourious past of the artist, but since we’re talking of “that” past, this is nothing but a defect.

After their eponymous debut in 2014, the british duo Royal Blood is now releasing their second album, How Did We Get So Dark?. From the couple of anticipated tracks they shared on the media, we can expect the same brilliant successful mix of hard rock and blues which made them earn quite a good reputation in the rock scene.

We close this review of upcoming releases with an artist who is certainly less known than the previous ones, but from whom we will probably get one of the best albums of the year. Igorrr is the stage name of the french electronic artist Gautier Serre, who literally shocked the electronic music scene with an incredible combination of dubstep, break core, death metal (!) and baroque music (!!!). He’s today accredited as the inventor of a new musical genre, sometimes called BaroqueCore, but beyond the more or less complex labels that people want to assign to his music, the essence is that Igorrr is a master of experimentation and one of the of the bravest musicians of his generation. And if his previous album, the 2012’s Halleluja, left us speechless, his new work, Savage Sinusoid, could leeave even a deeper mark in the history of electronic music. 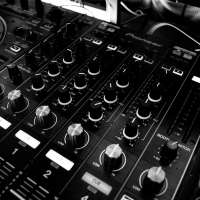