I believe that The Prodigy should be treated as one of the UNESCO World Heritages sites, protected and admired because of their importance for the collective interest of humanity. As a matter of fact, this is a band that not only contributed to define and disseminate the “big beat” genre, that’s one of the most exciting things that ever happened in music, but they also managed to maintain their style alive and relevant across a time span that embraces more than two decades. Whether you love or not their music (I do), no one can absolutely deny the influence that The Prodigy has had, and still has, on the wider universe of electronic music.

The Prodigy have released this year their new album, called No Tourists, the seventh full-length release of their career, which arrives three years after their highly appreciated record The Day Is My Enemy. This is a relatively short time span when compared to their average and the reason shall be found in the way this record was initially conceived. Soon after the release of their previous work, the band declared in many occasions that the process and the dedication that were necessary to compose and record an album so wide, complete, accurate and detailed as The Day Is My Enemy was starting to become excessive and unbearable for a group of musicians who have been playing the scene for so many years. I remember them saying that The Day Is My Enemy could even be their last LP. What they were starting to consider was basically the idea to exploit the modern mechanisms of access and distribution of music to concentrate their efforts on the publication of more frequent but smaller releases, something like a periodic sequence of EPs rather than one single full-length studio album. What I came to know is that initially No Tourists was effectively conceived as one of these short publications and only after a while it became the “conventional” LP that it’s now on the shelves. What’s the real reason for such a change in approach isn’t totally clear to me, but I can make my assumptions. The result, however, is that maybe for the first time we have a new album from The Prodigy which is less surprising, innovative and phenomenal like we were used to experience until the recent past.

The constituting elements of their music are all present in the new album and, in this respect, No Tourists must be considered as a very good release, stronger and more compact than the average electronic material that is generally published by the others. I already see the energetic and powerful songs of the new LP gain the highest positions in our music charts.

Compared to their standards, however, I can feel that No Tourists represents a sort of step backwards. May a legendary band like The Prodigy make a “normal album”? Yes, they can, but in true honesty this is not what they used to do so far.

These considerations aside, No Tourists is impressively compact and homogeneous and it’s also one of the most violent and aggressive releases of their discography. From a certain point of view it’s absolutely impressive to see how the energetic charge and the inner anger of the Essex ravers didn’t grow weak with the years, indeed it seems even stronger than before. And this doesn’t appear to me as a mere commercial operation because the feelings that emerge from their music remain absolutely genuine and exciting. What seems weaker, rather, is the care that has been dedicated in manipulating and improving every single song, the dedication in looking for an original and unique element that could turn every track into a single. In short, the compactness and uniformity of the songs of No Tourists certainly make the musical assault more devastating, but these also hide a process of composition and finalization of the album that was more rushed than usual.

From a musical point of view, listening to No Tourists seems like going through a journey into the band’s discography. The leitmotif of the album seems to be the re-interpretation of the most interesting ideas that were developed over the last thirty, and the fans of the band can enjoy many different references to the songs of the past, reworked in an interesting way and reproposed in a new guise. The previous records from The Prodigy, however, were characterized by the fact that at the end of the first listen we were already singing the choruses of the main songs. No Tourists is lacking this characteristic. It has the effect of leaving us exhausted by one of the strongest electronic assaults we ever experienced, but paradoxically it leaves a weaker signs after it finishes.

No Tourists can be streamed on Spotify.

Standout tracks: Light Up The Sky, Give Me a Signal, and Fight Fire with Fire.

0 comments on “Quick Review: “No Tourists” by The Prodigy” 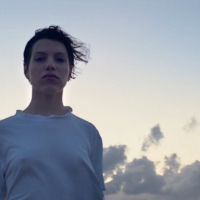