In the course of the last twenty years, Faroese band Týr have gained the status of “masters of folk metal”, and many lovers of this genre of music include some of the band’s LPs among the best folk metal albums that were ever released. Even myself, who don’t belong to the family of the most diehard fans of folk metal, I’ve literally consumed some of their historical releases, especially the couple of albums that were published at the turn of the last decade (2009’s By the Light of the Northern Star and 2011’s The Lay of Thrym).

Despite the physiological ups and downs that characterize the discography of every band, especially those who’ve been playing for so long, there are – and there will always be – some special characteristics in the music of Týr that make their records so unique and enjoyable. These include the capacity to generate tangible feelings of bravery and courage, together with a “desire to fighting” that we can leverage also for our everyday battles.


Týr’s newest album, called Hel, interrupts a gap of six years from their previous LP, which is also the longest distance between two albums in their discography. That’s why all the fans of the band became immediately excited when the news of a new record started to circulate on the media.

One of the reasons for the time which passed after the previous record is that in the last years the band underwent through many important changes in the line-up, including the departure of one of the historical members of the formation. After 17 years spent with the band, in 2018 guitarist Terji Skibenæs announced his intention to quit. And because there were also a few replacements for the drummer’s seat, the result is that the new line-up of the band is for 50% different from the one which recorded the two masterpieces that I mentioned at the beginning of the article.

After so many years, it’s not easy to quantify how much a certain change of style is due to the changes in the band’s line-up rather than to a natural evolution in their musical sensibility. The fact, however, is that Týr’s new album, although still exciting and engaging, seems to have lost part of the immediacy and the facility to engage the listener which we appreciated in the band’s best works.


I consider Hel as a very good record, there is no doubt about it, and Týr confirms their status as one of the most important and valuable bands in the domain of folk and Viking metal. In this respect, all the years that were spent waiting for the new album have been rewarded by the release of one of the most engaging and solid folk metal records of the recent times. Those who have been following the band throughout their long career were probably expecting something even more brilliant, an album that could shine in the night like the “Northern Star” that the band was aiming in one of their most famous songs. But when a band is as good as Týr, it manages to excite even when it doesn’t reach the highest peaks of its production.

My overall rating for Hel is 7/10. Among the best songs of the album I can definitely mention Garmr, Far From the Worries of the World, and the two singles which anticipated the LP: Sunset Shore and Ragnars Kvæði.


Týr’s new album can be streamed from Spotify, and it’s now featured in The FOLK METAL radar, which is the playlist that collects the best songs released in 2019. Follow it, and check it periodically because it’s going to grow with time. 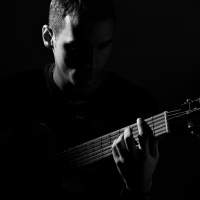